Previously I mentioned on my #my2015 post that I will be writing a post on my days as an obsessed k-pop fan. Well, today's post will be dedicated to that since I do not have much activities today for me to update.

I used to think think that k-pop fans are crazy as they are too obsessed with the artists but never did I know that one day, I became just like that. This is how everything begins.

Back in year 2009, I started to play a game called Auditionsea. I would spend hours tapping on the keyboard, trying to improve my reactions hitting on the directions of the arrow, displayed on the screen and at the same time gaining levels. For those of you who have played or tried this game before, I am sure you remember that it consist of Chinese, English and Korean songs. That was the first time I was exposed to Korean songs.

One day, I came across a Korean song by Big Bang and 2NE1 called "Lollipop" and I was in love with it. It was the first Korean song that I liked. Slowly, I started to like many other Korean songs such as G-Dragon's "heart break", songs by SS501, and SNSD's Gee.
In year 2010, I went on an overseas educational trip to Japan with some of my classmates. We had lots of fun trying out Japanese food, exploring their shopping streets, visited their high school, and traveled from cities to cities. 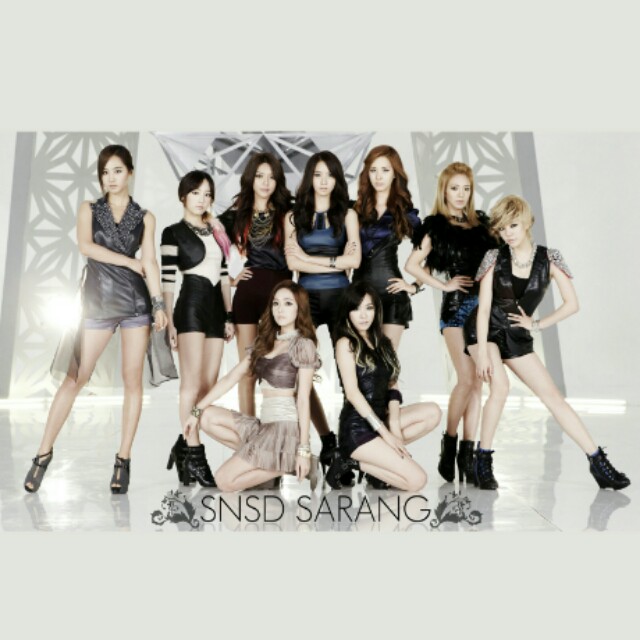 Every night back in the hotel, my had one good friend of mine who was obsess with a Korean group called SNSD. I remember his favorite member was Jessica. So he tried to pull me into k-pop to become a fan of SNSD. I wasn't very interested. But thanks to him, SNSD was the 1st k-pop that I got to know their members, able to identify who is who, knew most their songs, and watched k-pop MV for the very 1st time.

By year 2011, k-pop has became something big in Singapore. Teenagers in secondary school would be squealing over Korean idols, watching their MVs during recess or breaks, and learning the dance moves. At that point in time, I was still listening to more Chinese songs (mostly from Taiwan), than Korean songs. However, I started to learn some of the dance moves from groups like b2st and SHINee. However, I still do not have a group that I was obsessed with. 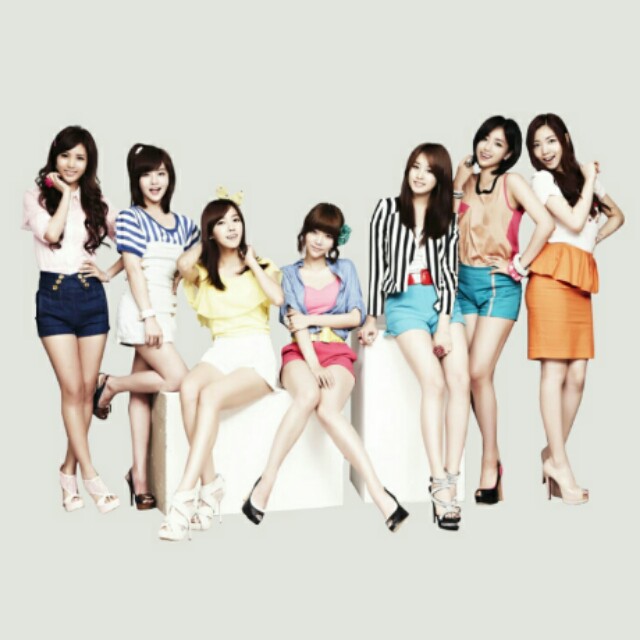 When I went to poly, I made my very 1st friend, JY, who was also a k-pop fan. At that time, I found a group that I really liked and was a bit obsessed with them. The group was none other than T-ara. I started to by their merchandise, knowing every details of their members such as their birthday, likes and dislikes, reality shows that they attended and many more.

However, due to some incident, I moved on to 2NE1.

Slowly, both of us started to drown into the world of k-pop deeper and deeper such that we would watch MVs in classes, talked about them during lunch breaks and listen to their songs all the time whenever we were alone. Bit by bit, I left the world of Chinese songs and became a full-time k-pop fan.

This was the very 1st k-pop merchandise I have ever purchased. Pardon the bad photo as all these years, I did not remove the plastic cover that was used to protect it.

This was the first k-pop fanmeet that I attended with JY and my brother. The group is called "KARA" and this fanmeeting session was held at Causeway Point Atrium in year 2012. Pardon for the bad photo, I did not have a DSLR or a phone with good camera. Back then, the feeling was really good when we attended and it was really exciting. For the first time, we experienced withdrawal symptoms. 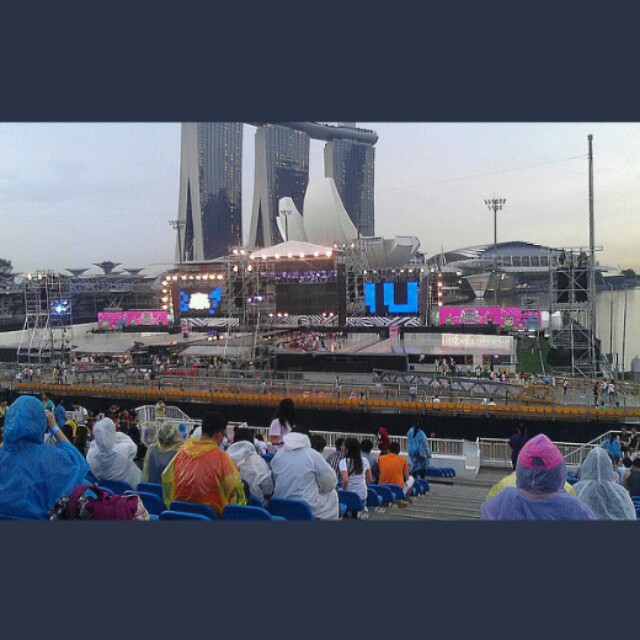 SM Town world tour was the first concert JY and I attended.

The artists arrived Singapore days before the actual concert. JY and I went to the airport to see them but was disappointed that the artists took the VIP path as the arrival hall was flooded with ecstatic fans. Upon realizing that the artists have left the airport, JY and I took a cab to the hotel where they were staying and stayed nearby from morning to night for a few days despite rain or shine.

We managed to witness their rehearsals late at night which was held two days before the actual concert. On the actual day, we went there in the morning to purchase merchandises. I even won a $40 towel after getting full marks for a k-pop quiz. How did I know it worth $40? At the official merchandise stall at the concert venue, it was sold for $40 which JY envied me even until today. 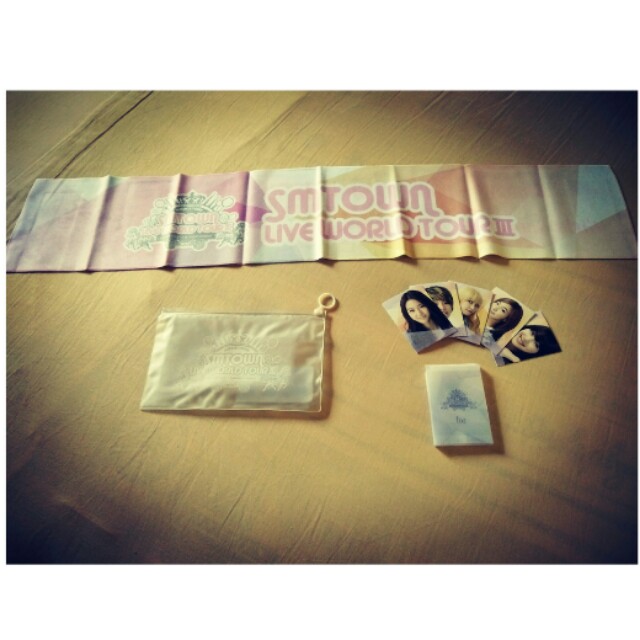 The towel at the top of the picture is the $40 towel that I have just mentioned.

The queue was really long that we queued for more than 2 or 3 hours under the hot sun. By the time we reached there, most of the items were sold out. We only managed to purchase the f(x) trading cards which was the only item that was still left which we were interested. 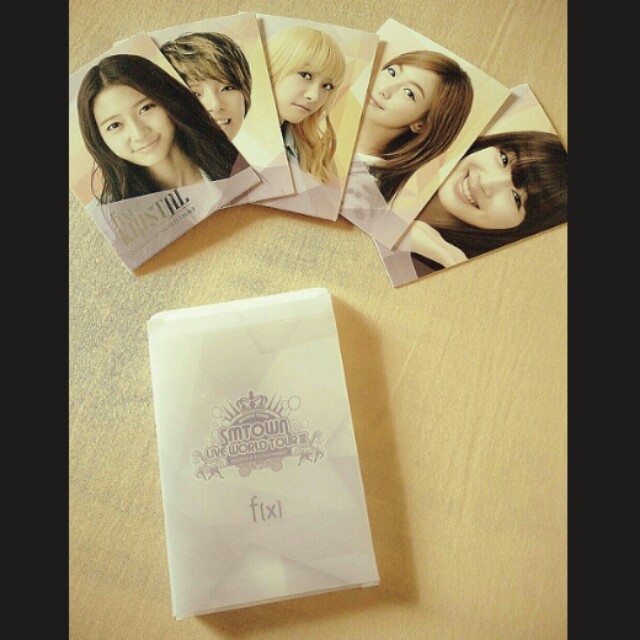 An up close of the trading cards that costed me more than $10 if I remembered clearly. 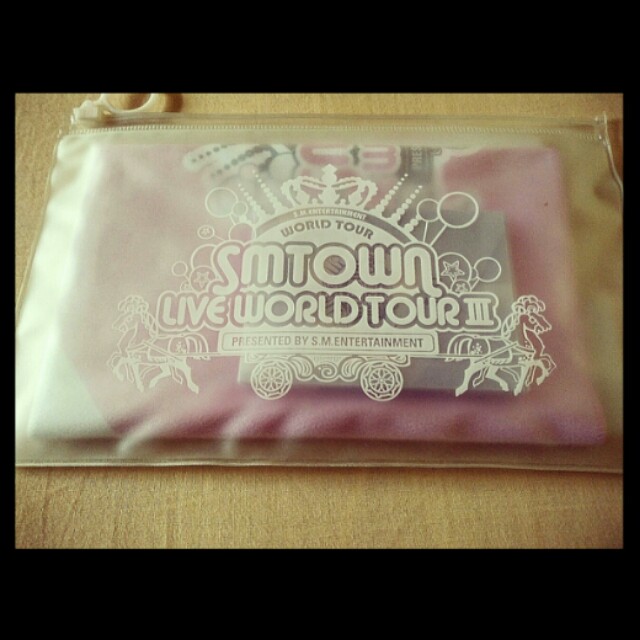 The casing of the towel that I have received.

The SM Town concert ticket. $221 if you can see the price.

I nearly forgot that I purchased these artists fans as well during the SM town concert. 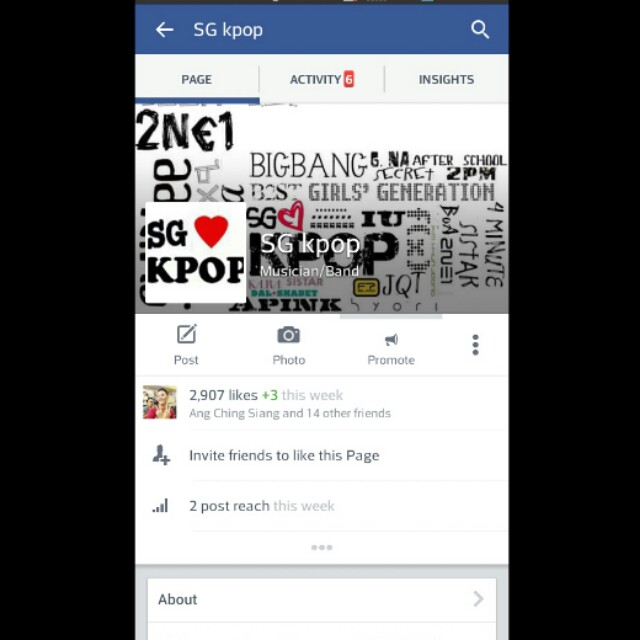 One day, JY suggested to me to create a fan page since I could obtain any information of k-pop artist, what time will the new song be released, when they were coming to Singapore, what time will tell arrive, which terminal and what was the flight number, as quick as possible. Hence I became the co-founder of the page shown above which has stopped functioning at the start of last year. 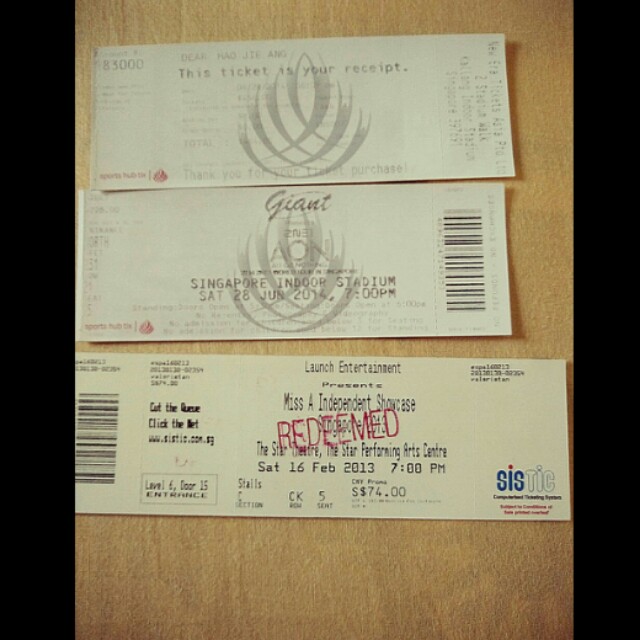 We started to go for more and more fanmeets and concerts such as 4 Minute, Miss A, A Pink, 2NE1, G.NA, and many many more.

Below are my k-pop poster collections. Some were purchase from various shops, some obtained from concerts, some were from magazines and some were given after purchasing the albums. 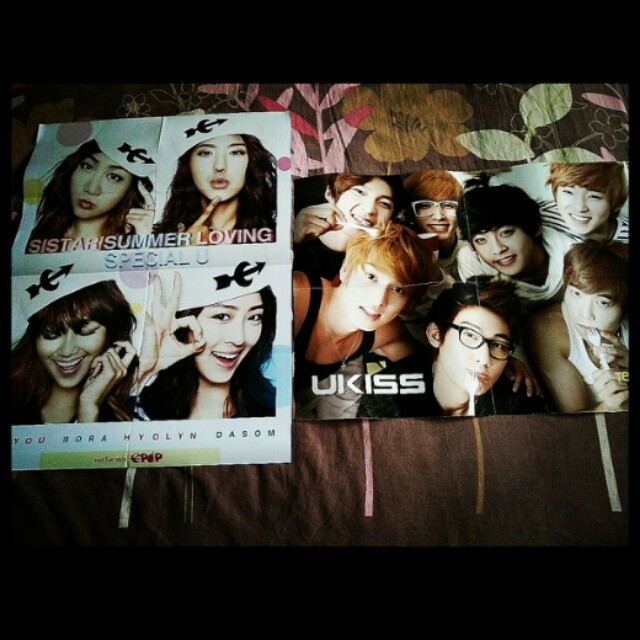 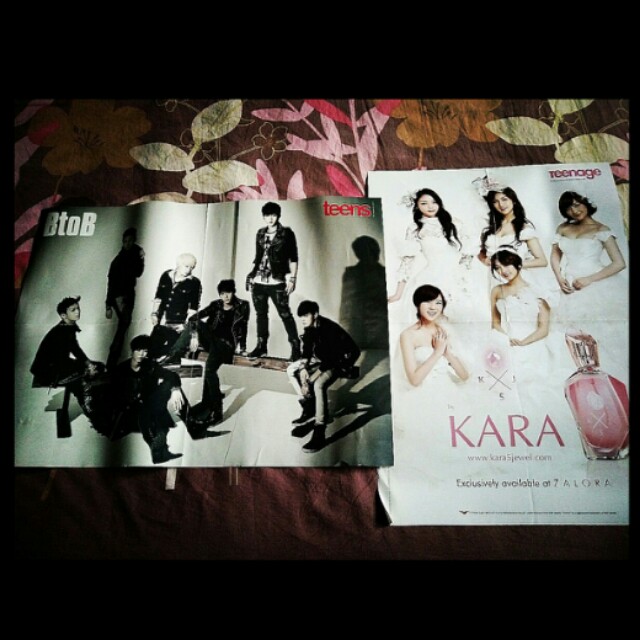 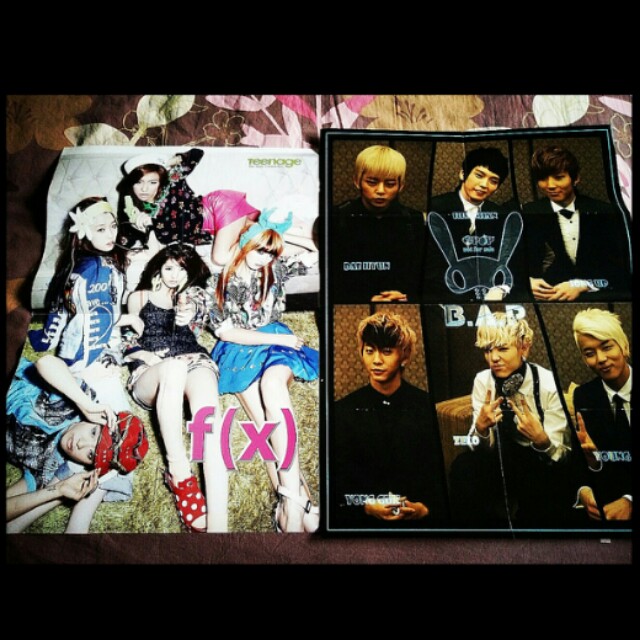 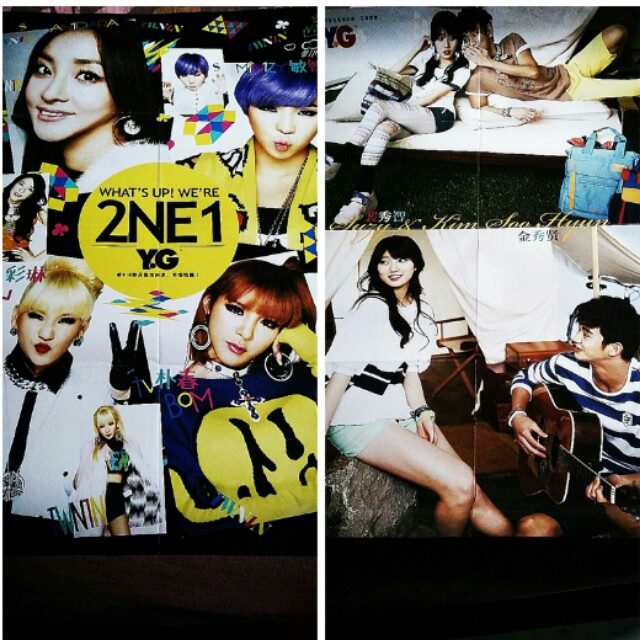 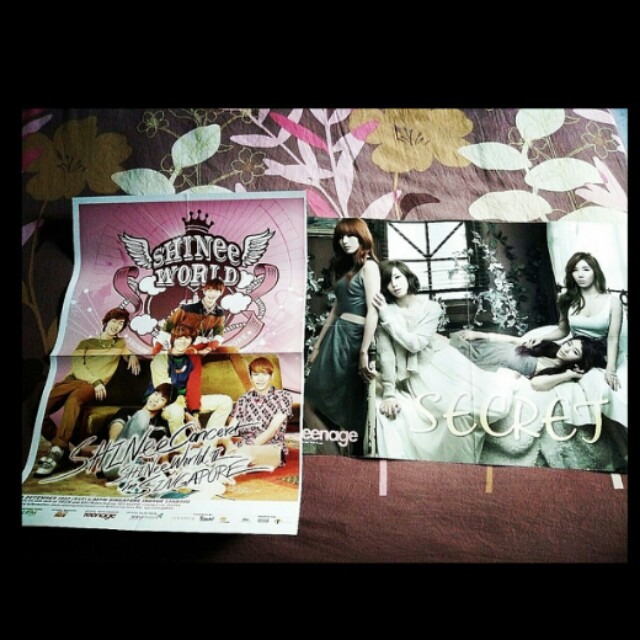 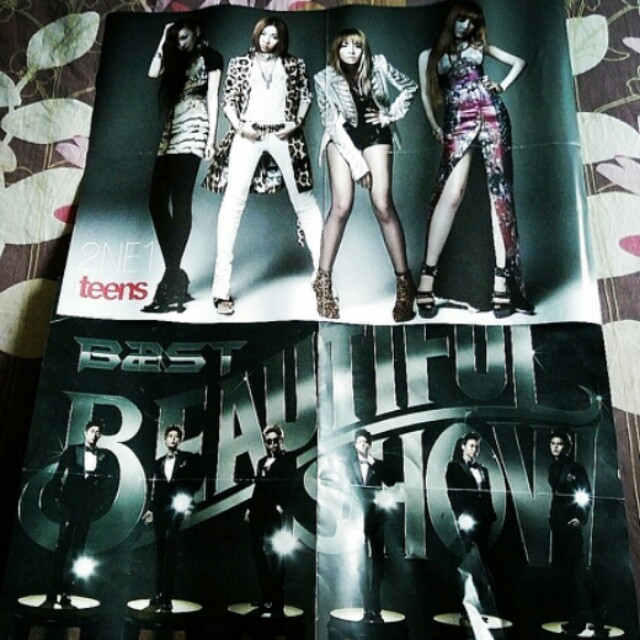 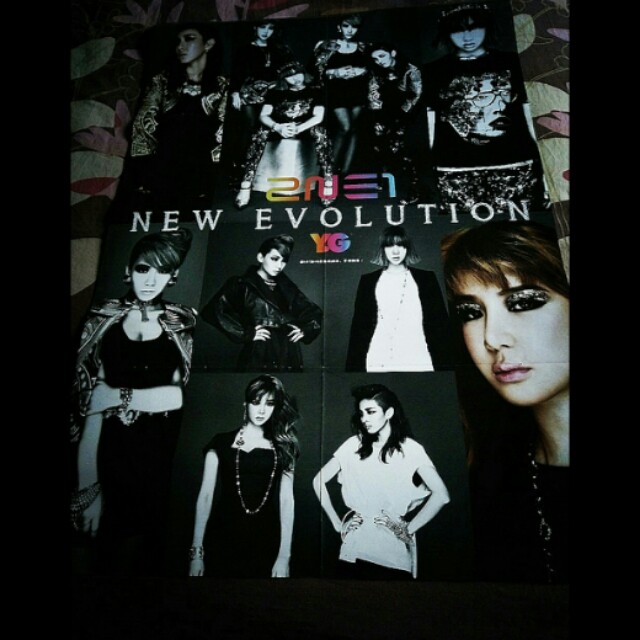 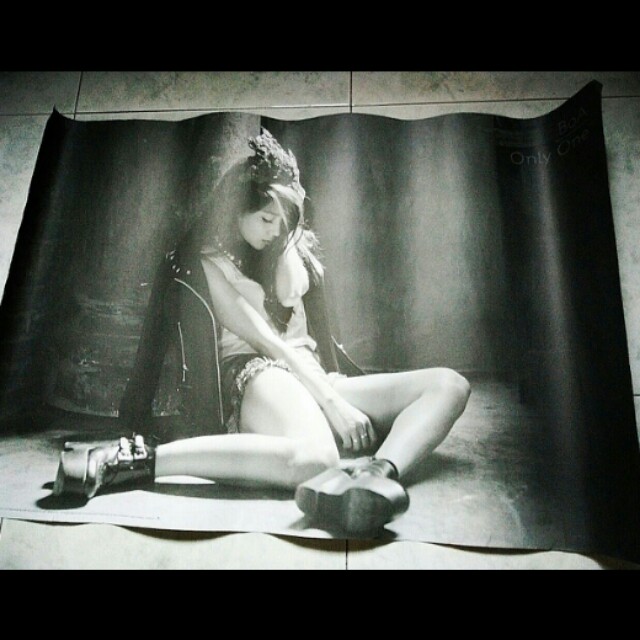 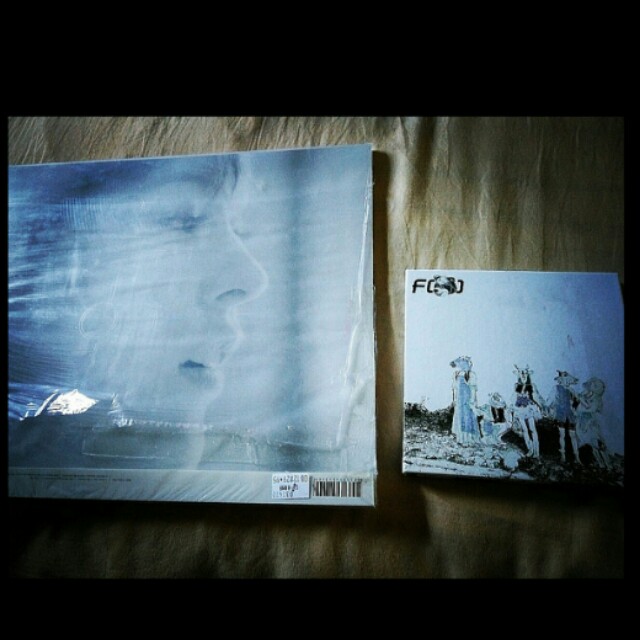